SEO Trends and Predictions in 2021 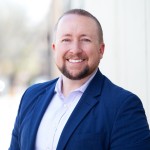 Search Engine Optimization has been around for quite some time by this point. Over the years, SEO has evolved massively to a point where the tactics and strategies used in the early 2000s have been largely replaced by newer, fine tuned approaches and tactics. By the way things look now in the early months of 2021, it appears that SEO will continue to evolve over the next year. The following blog post offers insights into a few ways in which SEO will change in 2021.

Voice search is poised to have a big impact on SEO as 2021 continues. Since new innovations such as Alexa, Siri, and Google Assistant started to come into play. Google and other search engines began taking these into account in regards to rankings. The main difference between normal searching within search engines and voice search is that people tend to abbreviate their sentences and phrases when typing. When speaking, users are much more likely to use full sentences and phrases. For example; a user may type into Google “best restaurants Denver.” when using a virtual assistant, users will likely ask “what are the best restaurants in Denver?” Be sure to keep this in mind when considering keywords you’d like to rank for.

Another of the major changes we’re seeing in 2021 is Google’s preference to rank websites who have a mobile version of their site. Recent studies have shown that by 2025 over 70% of the internet-goers will access it via their mobile devices. Back in 2019, Google introduced for the first time their “mobile-first indexing” meaning that they will begin viewing the mobile version of a website as the primary site for them to index from. In order to help websites determine whether or not their sites are mobile friendly, Google launched a platform for sites to see if they are indeed mobile friendly. Expect to see more initiatives from Google down the road in regards to mobile compatibility.

Featured snippets have been around on SERPs for a few years now. At the same time, Google has plans to make them more common and more prominent. In case you’re not sure of what a snippet is, this is a box you sometimes see pop up at the top of a SERP. It often features a brief insight into the page being featured. If you’re lucky enough to have a featured snippet, you’ll be able to easily steal traffic away from your competitors on the same page and ultimately drive more visitors to your site.

Optimizing images on your site is something that Google has been preaching about for a while now. Having said that, most websites don’t do so. The vast majority of sites skip image optimization steps such as Alt Attributes because in most cases, this doesn’t affect your rankings very much. Now in 2021, Google apparently plans to rethink how they feature images on their platform. The thinking in the SEO world at the moment is that Google plans to change the way they feature images further to have them be used for other such things like purchasing products and obtaining information. Be sure to go ahead and optimize all the images on your site now before it’s too late!

While these are just a few of the predictions and changes related to search engines and SEO in 2021, this is by no means a comprehensive list. It’s important to know that Google is constantly looking at ways in which to improve their products and as a result, improve the ways in which we use the internet in general.

Medical Spas must compete in an ever-growing marketplace, which is why businesses need to consider SEO as part of their marketing strategy.…

Marketing experts made significant headway in discovering helpful information on website optimization for businesses in 2022. Many of these discoveries led to…