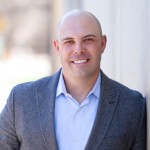 Jeff, joining Firestarter SEO in May of 2018 has been a solid addition to the team with his sense of humor, collaborative mentality, and extensive business experience background. Born and raised in Colorado, Jeff is truly a Colorado native in all sense of the word. From an early age, Jeff has enjoyed the outdoors and all Colorado has to offer. Spending the summers on the water and the baseball diamond, Jeff grew a love for the outdoors and sports at an early age. Having his Dad coach him in sports helped him embrace the need to exceed expectations in whatever he does.

After graduating from high school, Jeff went to Trinidad State to start college. After a year down in Trinidad, Jeff came up and finished his undergrad at Red Rocks Community College. From there he attended Metro State University enrolling in the school of business to obtain his Bachelor’s Degree in Business with an emphasis in accounting. After college, Jeff held numerous managerial positions in the food industry, the hospitality and healthcare industries as well. Most recently before Firestarter, Jeff was a director of operations for one of the largest healthcare operations in the state.

After working 10 years in healthcare and hospitality, Jeff wanted to be a part of something special and help a company grow. Working in organizations of a few thousand employees it was easy to get drowned out in the noise. That’s not the case at Firestarter where everyone has a voice in the Company. His previous work experience has helped him not only be willing to take on any challenge put in front of him, but he has the ability to relate to business owners and what they struggle with day in and day out.

Responsibilities as a Firestarter

Jeff, originally coming on as a part-time salesman and found out quickly that he made the right choice in coming to Firestarter. Jeff then moved to a full-time position shortly thereafter. As our company has grown, so has the need for a client experience specialist. Someone that understands SEO to its core and can clearly communicate it to business owners is invaluable in this industry. Jeff can focus on what he is best at, creating long-lasting relationships and helping clients feel educated about their choice in trusting Firestarter with all of their SEO needs. The first 6 months of any SEO campaign can be the most important. Whether you are a new client or have been with Firestarter for 10 years, you have probably crossed paths with Jeff via an educational email or a warm hello when you walk into the office. Jeff’s direct responsibilities are as follows:

Within these responsibilities, Jeff is on the right seat on the bus and looks to be with Firestarter for the long haul!

Jeff has a wonderful wife of 6 years along with 2 kids and expecting a third the March of 2021. When he is not starting fires with SEO, he still enjoys all of the activities he did as a kid. In the summer he loves playing golf, going to baseball games, fishing, and any water sport there is. In the winter, you can find him on the slopes or at mile high cheering on the Broncos. Along with his family, Jeff is joined by a 12-year-old chihuahua named Honey and a 6-year-old American bulldog named Charlie. We are delighted that Jeff decided to join our team back in 2018 and look forward to all of his continued contributions.